#41
Remove breeding on MO2
so mounteds use tamed horses 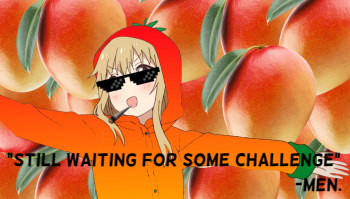 #42
grendel said:
We are probably all overanalyzing that one sentence, but when Henrik writes "in a new form", I just presume that it is something else than mats. Only SV knows.
Click to expand...
The problem is partly in Henrik's typical statements and their vagaries.

The other part of the problem is that the Mortal Online community has normalised the "only SV knows!" reaction, and actually underanalyses the realistic probabilities. Have we not seen that happen before?

#44
Najwalaylah said:
The problem is partly in Henrik's typical statements and their vagaries.

The other part of the problem is that the Mortal Online community has normalised the "only SV knows!" reaction, and actually underanalyses the realistic probabilities. Have we not seen that happen before?

Don't say the "p" word or I will scream.
Click to expand...
Whats the "p" word;
petal, patriarchy, penitence or penury…

#45
these stuffs should be removed
1. necro pets
2. mtd gay weps
3. tc
4. all retarded horses and mounts from breeding

Someone aptly pointed that out to me just now, the history of MO will be dead with this transfer, it's no longer a persistent world. And thats a big loss in my eyes, perhaps the biggest.

I think the announcement would do well with more specifics, such as why should I continue to play MO currently? What kinds of things will/wont transfer?

Should i keep building my TC or no? Lot's of questions here, because it's leaning towards; no dont bother.

#47
It would be nice if crafting was viable without full stats. Like if you have maybe 60 in crafting you can make a perfectly good steel sword that is as good as something someone with 100 skill would make, but cant make maybe a halberd.

#48
I am curious how crafting will work with only 1 character, will some people just have to devout their character to do nothing but crafting?
tbh it could be cool because it would add extreme value to crafters.

(But what are they going to do when there is no need to craft?)

#49
MO2 needs to be a fresh start, dont let people tranfer all their shit from MO1. if that happens then i and i suspect many wont be playing it.
You will just end up with the same playerbase you have currently.

I dont like the idea of 1 char, i mean its good in principle but not in actual gameplay. Not unless each player can do more shit than they can in MO currently otherwise there will be a distinct lack of crafters etc since the gameplay is a chore most of the time.


Redesign the skill system as follows..

you go with a specialisation and power play model.


anyone can train any skill, you could potentially train all the skills. However the more skills you specialise in the better your character will be at those specific areas.

A power player is a character who has all the skills and can do pretty much everything but he /she cannot do any of them to the same degree as a spec player.

How this works is a spec 1 warrior can just outdamage a power player with melee however the power player could also use magery, archery etc..

A spec 3 warrior would seriously outdamage a power player with melee however as the spec rises in warrior, the weakness to magery increases. So whilst a spec warrior would demolish a power player in melee, he could be vulnerable to a pp using a combination of magery and archery. Against a spec 3 mage, a spec 3 warrior is going to be in trouble if he cannot either get close to the mage or he doesn't jave items/ armor that give magic resistance.

combat would work like this archer>mage>warrior>archer in terms of who has a distinct advantage over the other.

power players are separate group because they can be a threat to any of those classes under the right circumstances. A power player is the best route to go for a solo player or someone who just wants to do everything.

#50
regarding, worth playing MO now or not, 1. It will take time before MO2 is playable, and at first stage it wont be the persistent game released. which means MO is still the persistent live only game. 2. we are going through all assets values chars etc invested in MO and do want to transfer this in a way into MO2. as we said we would never wipe mo, we do our best in allowing the value to continue into MO2. We will update more on all these fields the longer we get in the development.
Click to expand...
So theyre not wiping it and they will release it unfinished(AGAIN) Is what i gathered from this.

#51
I am glad to see the majority of players want a fresh start with no item transfer. I can say that without a full wipe and restart you won't have nearly the return of old players as you are hoping for. Don't ruin MO2 before it even launches

#52
Vaith said:
So theyre not wiping it and they will release it unfinished(AGAIN) Is what i gathered from this.

Im waiting for MO3
Click to expand...
Whr did you get that quote about MO2?

#53
hmm i remember back shortly after awakening released and the game went to shit that i made a thread suggesting just scrapping MO, closing it down and a few months remaking it to MO2, tons of kids cried about over negativity but look where we are now LOL.

This IS the PERFECT time to do a wipe, something TONS of people have asked for forever, i really hope the game gets wiped before release, something that would bring in both more new players and older vets that were asking for it. Ill prolly try the game anyways to see what its like.

#54
Vaith said:
So theyre not wiping it and they will release it unfinished(AGAIN) Is what i gathered from this.

Im waiting for MO3
Click to expand...
nvm, I found it on MO discord. I guess this means it wont be a all new game, but a upgraded version of MO, on a new engine. perfect, I love it.

#55
Yes i think more people want wipe (specially new players) than people who wants to keep their stuff.
You can always just keep a MO1 server running for those people. (You can probably run it on windows95 laptop with the amount of players still playing it, so it'll be cheap)

#56
Hopefully with new engine, this kind of stuff won't happen

#57
I believe the timing of this new project is well placed. Hopefully you won't repeat what Darkfall 2 did

| The pickables of Nave! | Member of Bonafied|
Always lurking...
E

#58
I dont think the intention was ever to give hard items. If it was, I dont think it should be. It's not worth a discussion, if you don't know why, you don't deserve to. Simply value whatever it is youre going to value, and transfer it over as credit for subs/cosmetics/titles/emotes/etc.
- Things I Can Do For You -​

#59
was watching this just the other day.


Miss all the guys i used to play with and even the enemies we used to face. Was such a great time playing MO pre Awakening.
there's two types of MMO, innovators and imitators.