(i believe all are pretty busted)

#2
make mounted like in royale but you can get ur mount level up. Breeding should pretty much be removed. If they really cant do that than at least make it so size and weight have no effect on speed and only mitigation. Would make mounts less aids. And nerf bull hop more to be only slightly better than rare mongrel and make rare mongrel only slightly better than desert. Also cap mount level at 100. No reason to have this grind to 125 to not be gimped aids. also make it so you can only use intelligent foot weapons.

Mounteds should be foot fighters on mounts who foot after their mount dies. Not these crutch mounted only rides away cant risk losing mount anti fun crap hitting for 90's and flying away over 500 speed.

Like I originally hated the concept of Mortal Royale but at this point theres no reason to play MO when MR is coming out. they are actually balancing the game so its already more fun than MO and its not even done yet.

Ya this screws mounted players but W/E they screw everyone else. Many more foot players have quit due to bad balance than mounted players could quit if they hard nerf mounted.

Come to ram ranch and have a ramming time!

#6
Reasons the game is dying:

Bullshit/broke mechanics in the game that turned a fast paced SKILLBASED hardcore game into a carebear farm simulator ( All listed bellow )
Data breach
Developers that don't even know how their game works ( Not trying to be mean here, but it's the truth )

STATLOSS:
Should not be a thing in Red towns ( Kran, GK, Aur, Jungle Camp, Cave Camp ), Red players are already banned from guarded cities, they should have a lawless area to live.

MOUNTEDS:
Mounteds are broken, they can kill you through parries, you should not be able to swing a 2handed heavy weapon from horseback, thats stupid.

TC:
TC is worthless turn a hardcore game into a run to the nearest palisade when losing a fight, everything in the game is walled off, guards supposed to stop ninja sieging and they are the main reason people ninja siege. Because sieging in the game is a busted mechanic that is boring and shit, supposed to be a pvp mechanic, but instead is just a guard call macro and fire arrowing stuff. You can build TC towers in unsigeable places, its worthless as well.

PETS:
I won't even get into pets, they are not made for pvp, they have no stam, they go inside the floor, they go through walls, if you have terrain advantage, they just straight line flying towards you, should not be a thing in pvp at all.

#7
All things stated above are some of the main reasons this game has degenerated so much.

#9
Wheatstone said:
I am a ham sandwich.
Click to expand...
please elaborate

#10
sneezenuts said:
Click to expand...
can @Sebastian Persson or @Herius please look at the number of patrol posts in the game?

It's seriously disgusting, and obviously been overlooked for the amount of HP these structures have... they are being heavily abused by everyone and need to be fixed....
Last edited: Nov 3, 2018
O

Make it able to turn guards on in captured red towns

#12
sneezenuts said:
Click to expand...
How about no build zones in the Sarducca Jungle
S

#13
Ozymandias said:
How about no build zones in the Sarducca Jungle
Click to expand...
nothing is walled off there but sure? im down for no build zones literally anywhere and everywhere

#14
1. Remove guards from the game.
2. To counteract the buff on ninja sieges, increase hp on walls.
3. Add siege ladders and siege towers.
3. So you cant siege from the inside, add siege camps as the only place you can build mangs. Can't be build in x radius around another guild's stone.
4. Go raid each other instead of boring ass sieges
S

Make it able to turn guards on in captured red towns

lower health, speed, and ability points of Sheevas and Veelas
Click to expand...
none of this is good

if anything hybrids are weak right now.

#16
So far 12 votes are saying those shit are busted as Fuck and 3 bored yes that's a 15 voice for some thing we all know it's a yes and the reason the poll maker add choice No is to avoid biased. But some one decided to take advantage of this and voted Nooo ,with all do respect to that person who ever u are I can't only but to remember what sir bronn had said 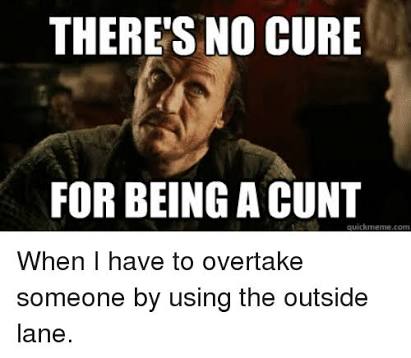 Religion believers are complete shit and should immolate themselves all together

#18
TC- I don't like the fire arrow elementalism meta, nor do I like that they nerf the TC towers (placement, decay,etc) rather than fixing the TC itself.